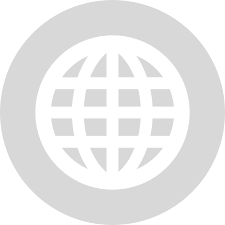 The architect of the victory was the duo of Ruchik Shah & Nishant Ranka, who finished with a match tally of 9 wickets between them to give the current champions their second consecutive victory & that too a Big one. They had run through the MRV Risers batting order with eight wickets in the powerplay including a HATTRICK in the second over. Ruchik Shah ended up with 5 wickets for 20 runs from his four overs in the match. Ruchik was well supported by Nishant Ranka, who picked up 4 for 17 from his four overs, to fashion the champions' win by 181 runs.

Ruchik's performance was one for the top drawer. He put on show a full array of skills, bamboozling the batsmen on the way to his record haul. He consistently proved that he was on the top of his game.

MRV Risers took the aggressive approach chasing the target of 234 runs. This brought about their downfall. Bhavin Shah & Ravinder Soni were the only two batsman to reach to double figures for MRV Risers.

But the star of the day was Nimish Vora, who lit up the Central Railways Stadium in Mumbai with a scintillating 61-ball 98, powering GBS to a thumping 181-run victory versus MRV Risers.

Nimish said that the landmark of scoring a hundred didn't cross his mind as he was focussed on getting as many runs as possible to help his side post a competitive total. "I was not looking at how many runs I was getting, I was looking at how many we needed to set a big target & win the game."

Man of the Match: Ruchik Shah